Our initial aim for me and my supervisor Dr. Brent Sinclair was to travel to the Yukon to collect spiders. We had heard from Dr. Chris Buddle, who would meet us there, that spiders are plentiful. And indeed they were! But what we didn’t expect was to be charmed, and infinitely curious, about the tiny (max. 3mm) but feisty pseudoscorpion Wyochernes asiaticus. 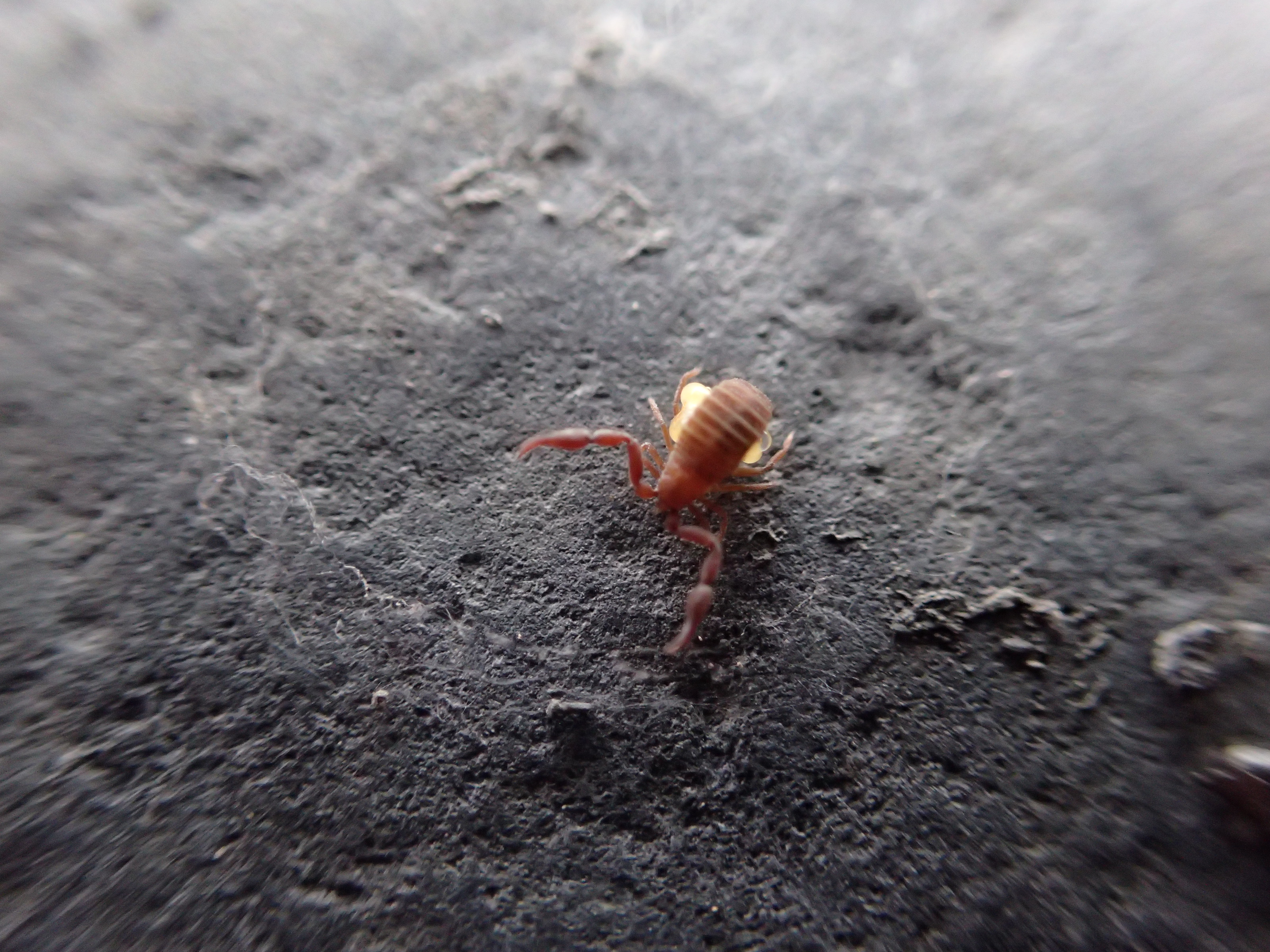 Female W. asiaticus with a brood pouch full of eggs. Many of the pseudoscorpions we found were gravid (full of eggs). When we brought them home, the eggs hatched are we had baby pseudoscorpions. Photo credit: Brent Sinclair

Our research team left Whitehorse with supplies (food, stove, 4WD vehicle, and lots of collecting containers), and spent the next two weeks exploring the tundra heading north on the Dempster Highway. This highway is probably the only maintained road in northern Yukon, and it provided access for us to the Beringian region. As the glaciers swept much of North America during the last ice age, Beringia was the land that was never glaciated. For this reason, many of the species located there pre-date the last ice age, such as W. asiaticus. Now, this creature may not be as exciting as a mammoth or a giant beaver, but to arthropod researchers, it was very special.

It was Dr. Buddle that pointed us to these creatures. He had found them on previous trips, and wanted to collect more from different latitudes (we spanned about 10 degrees of latitude on our trip). He had us help collect the pseudoscorpions: they live on the underside of flat rocks along river banks. It was while collecting them that we wondered what they did for the rest of the year. They would not only have to withstand the grueling cold of an Arctic winter, and they were also in an area that would experience periodic flooding. We wanted to see what their tolerance is for cold and for submergence. We packed them up, and brought them back to our lab at the University of Western Ontario, along with about 600 spiders.

When back in the lab, I measured freezing point, their critical thermal minima and maxima (CTmin and CTmax; the limits of activity) of the pseudoscorpions. Their freezing point, and whether or not they survive freezing, gives us an idea of their ability to survive the frigid winters in the Arctic. We are interested in CTmin and CTmax because they are good ideas of their ecological limits, if they can’t move, they can’t feed or defend themselves. What we discovered is that these little critters have very poor cold tolerance. They don’t survive freezing, and roughly -4°C, they can’t move. The Arctic gets much, much colder than that. Our only guess is that they seek very effective thermal refuges in the winter, or somehow adjust their cold tolerance through the year, much like many insects.

Back in the lab, I used a metal block with small holes drilled into it to house the pseudoscorpions. The block could be heated or cooled, and I could observe the point at which they could no longer move. Photo take through the lens of a microscope. Photo credit: Susan Anthony

Speaking of seasonal change, we found W. asiaticus along the stream. Undoubtedly, their homes will be flooded seasonally. Do they migrate further up from the stream? Do they swim? Or do they bring a bubble of air down with them, like the diving spiders? It seemed at first that they held a bubble of air between their abdomen and the rocks that they latch onto. They survived for a week in highly oxygenated water (same survival as the ones who weren’t underwater). However, it was also the same survival as those submerged in low oxygenated water. Half of them even survived 2 weeks in the low oxygenated water. We concluded that they can tolerate being underwater, but they likely don’t rely on oxygen coming from the water around their air pocket.

Sheep Creek, the stream where we collected Wyochernes asiaticus. The animals were most common approx. 1m above river level, on the underside of flat rocks. Photo credit: Chris Buddle

Our trip up North to collect spiders gave us a great surprise. A small pseudoscorpion on the banks of the streams caught our attention. However, there was so much to capture our fascination up North. From the giant grizzly bear and caribou, to the hundreds of spiders and the collembolans they much upon. The Arctic is indeed an unique place. 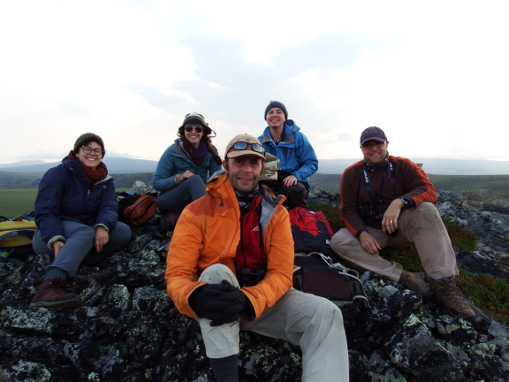