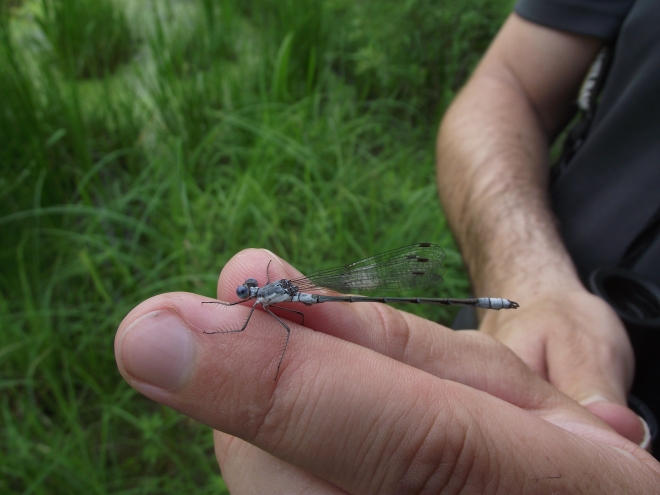 A typical adult damselfly. Note the spiked legs, which are held in a basket shape to help catch prey while flying.

Dragonflies are charismatic insects, and most of us can probably remember chasing them or watching their acrobatic flights when we were children. But what most of us didn’t realize when we were kids, is that dragonflies spend the majority of their lives as toothy, alien-looking predators living underwater before they become adults. Depending on the species, they can live in the water for several weeks up to several years. 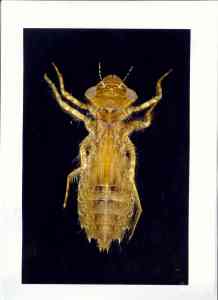 A typical larval dragonfly, which feeds on other aquatic animals – and even other dragonflies!

In the Waubaushene area of Georgian Bay (Lake Huron), recreational boating is very common. These boats create waves that can dislodge both adult and larval dragonflies, affecting their ability to find food and avoid predators. The overall number of boats, the speed of these boats, and how close they are to coastal wetlands are the most important factors that determine how impactful boat-generated waves are on dragonflies. My colleagues and I at the University of Toronto investigated how much influence these recreational boats have, relative to more natural processes, on dragonfly communities in Georgian Bay. 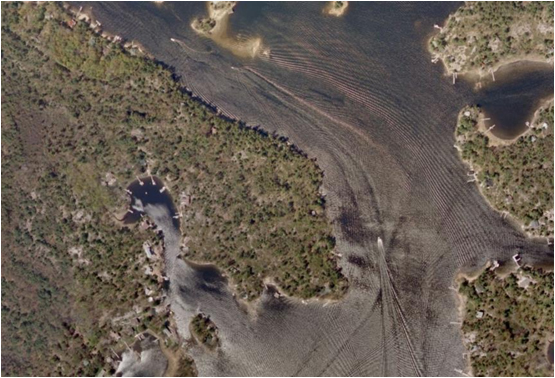 A Google Earth image of an area in Georgian Bay. Note the many waves created by boats as they travel through this region.

Taking the lead on this project, I counted dragonflies from 17 islands in Waubaushene. The coastal wetlands around these islands are inhabited by dragonflies. The islands studied in this project were selected to represent a range of influence from boats in the area, determined by their distance and orientation to marked boating channels and area marinas.

Aaron Hall counting adult dragonflies at one of the islands in Waubaushene.

The results show that boats do have an influence on dragonfly communities, providing a link between recreational boating and dragonfly communities. This research provides important insights that can be applied to the protection and conservation of dragonflies, and suggests that some very simple changes in boater behaviour could have big implications. For example, if boats travel slower or further away from dragonfly habitats, they would have less impact. These two factors might be simple to change. In areas where boats mostly stay within marked boating channels, if these channels were moved or adjusted so they are as far away from dragonfly habitats as possible, impacts would be minimized. Additionally, speed limits could be set in these channels to reduce the size of waves created by boats. These simple measures could have a positive impact on dragonflies, which are a critical component in the aquatic and terrestrial foodwebs of this region.

Want to know more? This research is published in the journal Insect Conservation and Diversity. You can also follow me on Twitter @aarohall.