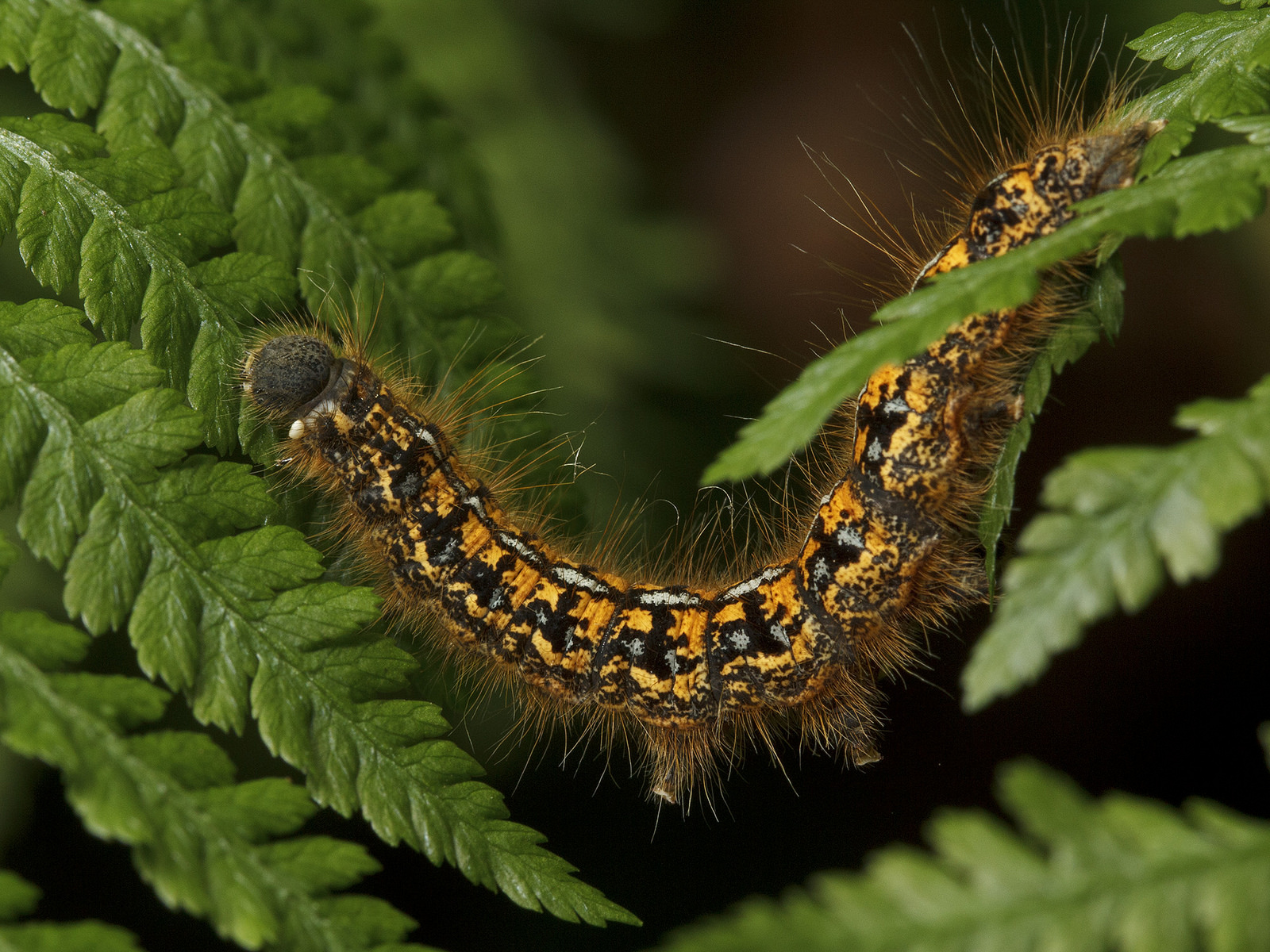 The following is a guest post by Emma DesPland

Last week the CBC contacted me about an “infestation” of caterpillars near a local sports and community centre, citing parents’ concern that these could be dangerous for their children.

The pine (Thaumetopoea pityocampa) and oak (T. processionea) processionary caterpillars do have a genuine claim to being a public health hazard: the later instars are covered with barbed setae containing an urticating toxin. These setae break off readily on contact and can even become airborne: if they lodge in the skin, they can cause a rash, but if they contact the eyes or throat the allergic response can be more serious.

Both are Mediterranean species that are expanding their range and causing concern in Northern Europe among people without prior experience.  Neither has been reported in North America.

So what were these caterpillars invading the community centre? Forest tent caterpillars (Malacosoma disstria) and gypsy moth (Lymantria dispar).  Neither has any history of causing allergies or any other health consequences, except for possibly causing abortions in mares who eat large numbers of them. 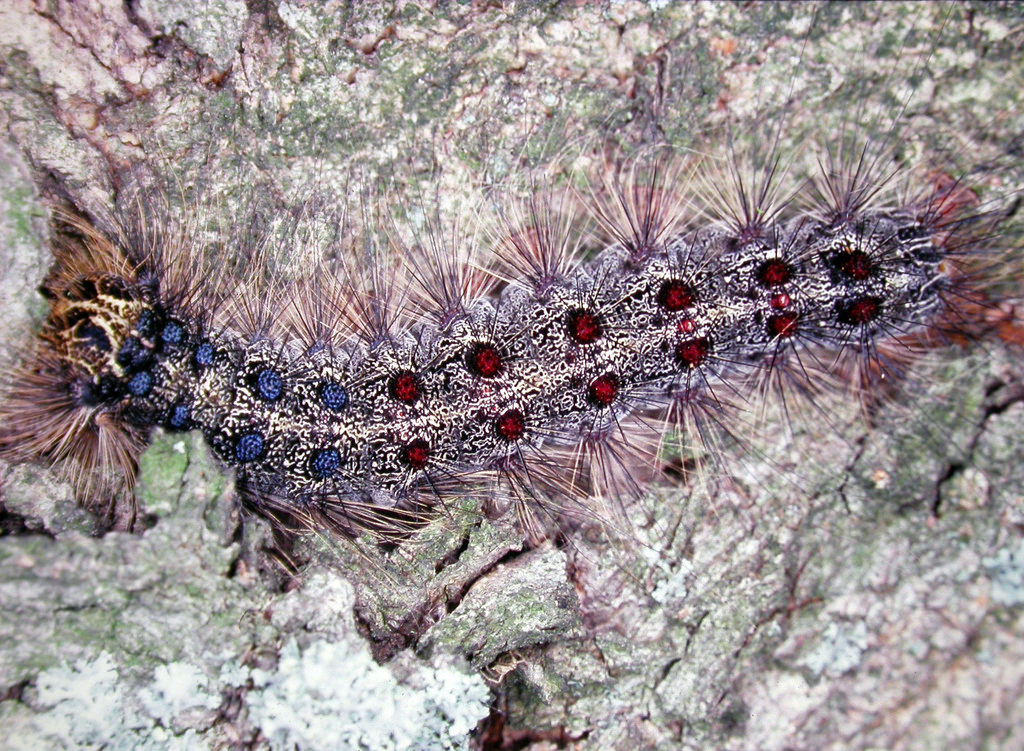 Gypsy moth caterpillar, one of the species found in the community centre. Photo by Brad Smith, used under terms of a Creative Commons BY-NC 2.0 Licence.

I have handled forest tent caterpillars for years, as have many other researchers, the students in my lab as well as my own children. We have also given hands-on science exhibits, in which countless other children have handled them. Fitzgerald’s classic 1995 book The Tent Caterpillars contains a chapter on “Maintaining Colonies and Suggestions for Classroom Activities”.  No-one to my knowledge has had an allergic reaction.

Does this mean that it is impossible that someone be allergic to the hairs on these caterpillars? Of course not, allergies are very diverse, widespread, complex and poorly understood.  Some people are allergic to laundry detergent, others to strawberries.

Are there any benefits to be gained by children handling caterpillars? First, it’s hard to stop them.  Children are curious and intrigued by the world around them, and caterpillars are ideal experimental subjects: they move and do interesting things, but not too fast.  They can be herded and driven across bridges, housed in jars and passed from one finger to the next, but never entirely controlled as they generally manage to escape somehow.  This kind of non-directed, curiosity-driven play is just the sort that develops scientific thinking. In addition, spending time with nature calms people, children and adults alike, and helps them recover from stress. Finally, conservation ethics – a feeling that the natural word is precious and deserves protection for its own sake – develops in childhood, through non-directed play in nature.  A type of play that is becoming less and less accessible for an increasing number of city-dwelling children.

Instilling fear of the natural world – fear of even something as cute, slightly ridiculous and totally innocuous-looking as a fuzzy caterpillar – cannot be a good way to go,  in a world that increasingly needs calm, unstressed people with conservation ethics.

The Canadian Entomologist — Call for Special Issues
Scroll to top